Fire sprinklers are considered one of the most effective methods for preventing fire and saving lives in commercial buildings. However, as with any piece of equipment, fire sprinklers can also fail under certain circumstances.

Although these instances are rare and not something you need to worry about, it's still important to understand what can cause them so you can prevent them from occurring.

When a fire sprinkler malfunctions, it can cause water to spray out at a much higher pressure than would be needed for fire suppression. Malfunctions often result from an overpressure situation, but other causes of equipment failure can also lead to accidental fire sprinkler activation.

Another reason accidental fire sprinkler activation can occur is when the system isn't hooked up correctly. This can happen when new equipment is installed, or someone accidentally removes the wrong part of an old system.

For example, if the wrong type of sprinkler heads are installed, they can be sensitive enough to go off at a low temperature. This trigger would cause an accidental activation.

Another reason accidental fire sprinkler activation can occur is defective sprinkler heads. If a sprinkler head is old or has been exposed to a lot of heat, it could be considered defective.

When a defective sprinkler head is activated, it could be sensitive enough to go off at a much lower temperature than it should. This trigger would cause an accidental activation of the sprinkler system.

If a sprinkler head has been exposed to a lot of heat, it could be considered unusable. But even new sprinkler heads that appear to work fine can fail for other reasons, such as incorrect installation.

A false alarm could occur if the sprinkler pump isn't working correctly and isn't providing enough water or working too quickly. If, for example, the water is being pumped through the system too quickly, it could cause the system to trip.

If a sprinkler controller malfunctions, the system could be triggered for an excessively long period of time. This trigger could also cause a false alarm.

If the problem is missed, it can cause multiple false alarms and eventually damage the sprinkler system. To avoid this, you can look at ways to prevent dust and dirt from entering the system. You can also consider either replacing the sprinklers or servicing them more often.

Another way human error could cause an accidental fire sprinkler activation is when a fire alarm is incorrectly reset. If someone forgets to reset an alarm before putting out a fire, it could cause the sprinkler system to go off.

The last common cause of accidental fire sprinkler activation is confusion about proper equipment operation.

For example, someone who doesn't know how the system works could accidentally open a fire hydrant or open the wrong valve. This could cause water to spray out at a very high pressure, which would cause an accidental activation.

A false alarm is likely to happen in any building, but it's inconvenient nonetheless. In some cases, it can lead to a longer response time as first responders don't know if it's a false alarm or not.

When it comes to accidental fire sprinkler activation, it's important to remember that it's usually the result of some maintenance error. It can be something as simple as dust entering the system or something more complex like a broken part.

To prevent this, you must ensure that your sprinkler system is properly maintained. It's also wise to make sure you have a plan if a false alarm occurs. Working with a professional is recommended to ensure your fire sprinkler system is operating correctly and will not go off accidentally.

If you are seeking professional support, look no further! When you choose Gold Standard Fire Protection, you’re choosing peace of mind, a company you can trust, and a company that truly cares. Click here to learn more about our top rated services, and book a call today!

How protected are you?

Call or text now and
schedule a free quote.

Read More
How Often Should Fire Suppression Systems Be Inspected?
seoserpco
No Comments

Fire suppression systems are installed in various commercial properties, including offices, schools, and hotels. These systems are designed to suppress fires by releasing a fire-retardant agent to prevent flames from spreading. Regularly inspecting fire suppression systems is a crucial way to help ensure their reliability when needed. The frequency of inspections for your building's fire […]

What people are saying

As the owner of a successful restaurant, I have the pleasure of working with these fine people a couple of times a year. They did a fantastic job of putting in our original fire suppression system in the kitchen. I can truly say that they are an amazing team. They are honest, reliable, dependable, and they do what they say they will do. They bend over backwards for their customers and will keep you safe and out of trouble. The only ones to use in San Diego! Oh, and the girl team is amazing!

Quality service A+++. These girls know there stuff and are available pretty much available all the time. Ask for Jade and let all your worries drift away, thank you again!!!

My food truck ANSUL system was a wreck! Jade was very professional, timely, and friendly. She is very easy to work with and does not leave until the job is done. Thanks Jade!

Alex
Owner of Eat Your Heart Out Food Truck

Your kitchen is always at risk for potential grease fires.  Water can actually spread these fires making it worse. Hot flames, hot equipment, electrical connections, cooking oils, and cleaning chemicals make for the perfect recipe for a disastrous fire.

Do not let this happen to your investment!
Call or text today to schedule a free quote.

Get in touch with us

Call us at any time for a free consultation or fill out the form and we'll contact you soon! 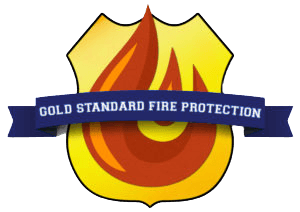